The Streets of Venezuela

Venezuela is not my homeland, but it was my home for nine years, so I have a strong connection to the country.  I hold it in my heart:  the warm and energetic people, the parrots swinging through the sky, the powerful statue of María Lionza in the middle of the Caracas Autopista.

We both run into this a lot:  leftists who feel it’s important to support any government that calls itself socialist.  But history has shown us that leftist leaders are just as likely to suppress protest, to lose sight of human dignity, and to become hungry for more and more power.  For example, you can say good things about literacy and health care in Cuba, but you’re also dealing with a country that has inadequate mechanisms for dissent, challenge and change, and so responds to these things by controlling people’s movements and choices.

And that’s pretty much what people in Venezuela are ticked off about.  They are also frustrated with living conditions – one of the highest murder rates in the world, corruption at all levels of government, silencing of the press, tight currency controls, rocketing inflation, and constant scarcity.  And the Venezuelans I’ve known are a vocal, confident people, who are not about to keep their mouths shut and go along with whatever line the government is feeding them.

And no, this doesn’t mean that they’re stooges of the US, controlled by the CIA, or any of that.  Neither does it mean they’re fascists, as president Nicolás Maduro keeps claiming. It just means that they have voices, voices to sing and shout with, and they want more power over their own lives, and some positive changes in their society.

Venezuelans are angry, not terrorized - even though a dozen so young protestors have been killed, and many more tear-gassed, peppered with buckshot, or arrested.  But Maduro’s responses have just made them angrier.  This rebellion is being shared on lots of little cameras, even though there have been blockages in Internet access and Twitter.  Still, the videos of National Guardsmen kicking and hitting unarmed protestors are getting around.

As an astrologer, what do I think will happen next in Venezuela?  This is definitely a watershed time, with Pluto closely opposing the Venezuelan sun.  It’s a tense, pressurized struggle for power, with the health and well-being of the country at stake.  The basic question is one of identity, with the government basing its vision on the Cuban model, and the majority of the people struggling for something looser, freer, and more natural to them.

And yes, I actually do think Maduro is an idealist, with his sun in Sagittarius squaring Jupiter in Pisces – although it’s true Pinochet had the same configuration.  Maduro is a true believer, someone who has found both temporal power and inspiration in the same philosophy.  He’s also an emotional person, with a preponderance of water signs, and his success has largely come from his ability to attach himself to the right people, to demonstrate that he’s caring and trustworthy.

His Achilles heel is that he worries that he’s not big or important enough, and this is probably what’s caused him to react so fiercely to the protestors.  He’s acting from an old ego wound, so often a cause of dangerously defensive behavior.  In November 2013, weeks before the municipal elections, he invited Venezuelans to help themselves freely to all the merchandise in appliance stores, with the protection of the military.  He figured it would make him popular, and help his party win, and mostly it worked.  Now he’s extending the Carnival vacation by two extra days, again working hard to win the hearts (if not the minds) of the people.

And I do think things will calm down fairly soon, perhaps from protestor fatigue combined with the temptations of Carnival, perhaps from a few government concessions. Mars retrogrades on March 1, and Saturn on March 2, giving a general need to go back and take care of untended obligations.

The retrograde Mars in Libra could mean a reversal of course both for the protestors and the government.  This indicates a time to reassess one’s strategies, tools and methods, and figure out if they are actually having the desired effect.  And this is one of the problems of the Venezuelan protest movement, a diffusion of goals and solutions. On both sides, there may need to be a lot of processing about ethics and principles.

With Mars in Libra, both sides will claim the mantle of old revolutionary icons, carving Simón Bolivar neatly in half.  However, as independent, progressive and enlightened as Bolivar was, he was no socialist, and in fact, he could easily have been labeled an oligarch – one of Maduro’s favorite insults, inherited from Chávez.  Bolivar believed that the landed gentry should be the ones in charge.  But there’s not always a lot of connection between the real human being and the icon he or she becomes.

In any event, there are some gentler influences during the next month. Jupiter is also just about to go direct and pass over Venezuela’s sun in Cancer, and tomorrow’s new moon makes a promising trine to Jupiter, as well.  These indicate more generosity, less defensiveness, and an expansion of opportunities.  And so people may make a little more room for each other, and work out some tentative agreements.

March is more cerebral than February was, and it’s a chance for the movement to enter a new and more thoughtful phase.  But there’s still an emphasis on justice.  At the new moon on March 1, the square between Jupiter and Uranus is very strong, and this is an independent, visionary, forward-looking aspect, hungry for positive change, eager for self-expression, intolerant of repression.  This aspect has been predominant for weeks now, and was exact a few days ago, on February 26.  It will continue to affect us all until early May.

And so all over the world, we see people in the streets, making it clear what they believe, what they want, what they’re willing to fight for.  And thousands of passionate, clamoring people do make a difference, sooner or later, one way or another.  To speak out is to indicate faith in a different future, and so this is a time of unrest but also a time of hope. 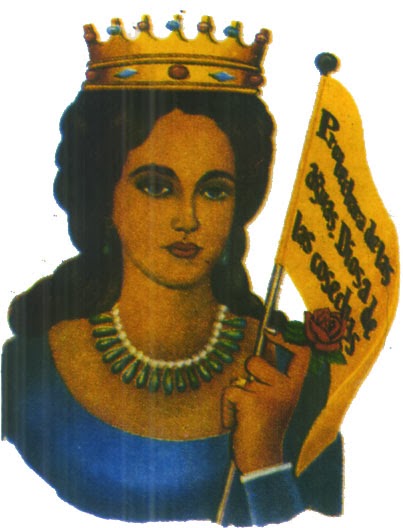 Posted by Jenny Yates at 4:17 PM No comments: