The Novelty of Sanity 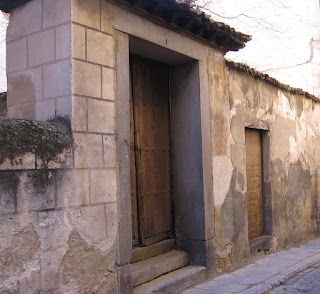 A couple of nights ago, my wife and I snuggled together in bed for the evening’s entertainment, mainly watching the president give a speech to Congress. This is definitely not something we would’ve done in the last administration, not unless we wanted nightmares.

And afterwards, we turned to each other and commented, “He’s so normal!” “So sane!” This is still a novelty, a hundred days into Biden’s presidency. We just can’t get over it.

Biden wasn’t my first choice, back in the days when we had a whole roster of Democratic candidates to pick from. But I have to say I’m happy with him now. It’s clear that he’s working on what he promised to do. He’s gotten one constructive bill passed, and is putting forward others that are good for workers and the environment. Just the fact that he’s working, of course, is the most dramatic contrast between him and the previous occupant, who spent his days playing golf, watching TV, and vigorously massaging his own ego.

With Jupiter and Saturn now in Aquarius, social progress continues. Derek Chauvin’s conviction on a murder charge was ground-breaking, even though it left a lot of people exhausted and wondering what it would really change. After all, it’s just one man going to jail, while there are no doubt still a thousand white bullies out on the street, wearing guns and acting out their fear of brown skin.

But I’ve seen a lot of changes happening in this long life of mine. And even when there’s a definite victory, nothing changes right away. A law that passes, a good person that’s elected, a verdict that’s fair  – these things are celebrated and then forgotten. And then change seeps through, years pass, and you wake up one morning, and realize that it’s different. And it’s never different now. Now is just now. What you realize is that it used to be different.

Of course, there are also cataclysmic moments, when things take a sharp turn in an unexpected direction. These are the traumas carried for generations, never forgotten, only healed by years of peace and security. I think it’s easier to heal when you’re brought down by the elements, by fire or flood or a shaking earth, and much harder when you’re betrayed by other human beings.  These cataclysmic moments are often the impetus for the years of hard work that culminate in an election, a law, or a trial.

Aquarius is an air sign, cerebral, idealistic, and systematic, and its focus is on the wellbeing of the community. So this is an ideal time to move forward, to make as much progress as we can. This doesn’t heal all the traumas of the past, but it could help prevent some new ones from developing.

And yes, there continue to be blockages. Pluto is still in Capricorn, and Uranus is moving through the fixed earth sign Taurus. Uranus’ job is to keep us off balance, and lately it mostly seems to be taking the form of right-wing shock tactics. Uranus in Taurus is a contradiction, the rebel planet in the most change-resistant sign.

Jupiter is moving very quickly these days, and halfway through May, it enters a new sign, Pisces. It will only be here for a couple of months before retrograding back to Aquarius in late July and staying there the rest of the year. But it’s a little glimpse of the future, a look at what 2022 will be like.

I have two minds about Jupiter in Pisces, and that figures, since this sign is represented by two fish swimming in different directions. On the one hand, it’s the most spiritual and emotionally sensitive sign in the zodiac, and it could be deeply healing. It could foster a spirit of compassion that we haven’t seen in a while. It’s the nature of Pisces to dissolve the walls between people, to blur the differences, to see through to the soul.

On the other hand, Pisces is also a sign that moves quite easily into a wholly different reality. It’s a sign that gives a particularly vivid imagination. Neptune has been there for the last decade, and during this time, strange conspiracy theories have sprouted up like mutant dandelions. Will this increase when Jupiter is in Pisces?  Yes, probably.

What can we do about it?  Well, it will help that Saturn is still in Aquarius for another couple of years. Saturn gives a little bit more intellectual ballast. It asks you to run your beliefs through a rigorous line of questioning, and some people will be daunted by a few undeniable facts. But when people really, really want to believe something, it doesn’t matter if it makes sense or not. All that matters is that it makes them feel better or more important, or it justifies something they grew up believing.

And remember, it’s not just on the right that Neptune’s fantasies can proliferate. On the left too, we can be seduced by a patina of holiness, a tendency to over-idealize singular charismatic figures. We have to be careful not to turn into true believers.

We’ve got some wonderful, inspiring people on the left, and we can appreciate the work done by all kinds of people, elected and unelected.  But no one person is going to magically turn this thing around.  Let’s just hope for ordinary people who want to devote their energy to the common good. Let’s just hope for continued sanity. 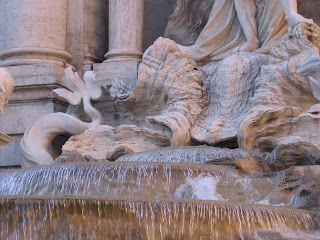