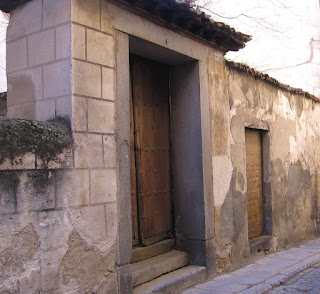 We’re in the middle of winter. This time of year always brings a sense of waiting. Outside my window, the world is monotone, with snow edging the grey-green of old grass. The trees are bare and stark, and in the sunlight, they cast long dark shadows across the yard. The pale blue of the sky looks like the delicate tinting on an old photograph.

We are all waiting for winter to end. Even more, we are waiting for the pandemic to end. There were those days in summer, when it looked like we were heading back to normal life. And then Omicron showed up, and suddenly, lots of people we knew were getting sick. Yes, it was less lethal, but it was still painful and scary for those who caught it. So my wife and I are hunkered down again, waiting it out.

People adapt to conditions, even while waiting for them to change, and that’s what we all continue to do. We all make small adjustments in our lives, trying to make ourselves more comfortable in restrictive conditions.

In January, Venus and Mercury were both retrograde, emphasizing the past. Venus turned direct a few days before January ended, and Mercury will be direct quite soon, on Thursday, February 3, at 11:12 pm EST. But in February, they continue to move slowly, as they go back over territory they’ve already covered. This is called the shadow period after a retrograde, when all the old aspects are reprised. It’s like a singer relying on past hits, not quite daring to sing anything new.

After Mercury turns direct, there are no retrograde planets any more in February, and this is quite rare, since usually there are a few outer planets that are retrograding. What it means is that all the planets are on the same side of the earth as the sun. You can see Jupiter in the western sky these days, setting about two hours after the sun.  And if you’re up early, you can see Mars rise about two hours before the sun. But you won’t see a planet in the middle of the night these days, even if you have a telescope. They’re all traveling on the sunny side of the earth, aligning themselves with the daylight.

With all the planets mashed together on one side of the planet, nobody feels particularly in balance. Even though we’re all physically separated from each other, there’s this sense that we’re in a crowd, because so many of us are sharing the same anxieties, fears, hopes and dreams. We’re all looking for solutions, and then passing them along to each other. The scientists are busy, as are plenty of non-scientists who’ve decided that they have the answers.

The battle between science and faith is one of the themes of February, and that’s because the main zodiacal influences this month are Aquarius and Pisces. Aquarius, an air sign, tends to be reasonable, objective and scientific, while Pisces, a water sign, depends more on intuitive knowledge and emotional intelligence. Aquarius is a fixed sign, giving a tendency to stand quite firmly on that base of knowledge and defend it, while Pisces is a mutable sign, so intuitions can fluctuate randomly, rippling together and apart.

This battle between factual truth and inner truth is not just about Covid. February is Black History month, and there have been a lot of struggles lately around how much history white people can handle. (In Virginia, the new governor has decided the answer is, “Not much.”) However, one lesson that history itself teaches us is that history can never be truly repressed. The truth always fights to emerge, in one form or another. If it’s not recognized in schoolbooks, it lives even more vividly as myth. But currently, with Saturn in the sign of knowledge, Aquarius, there’s an emphasis on what we know we know.

The 1619 Project, spearheaded by Nikole Hannah-Jones, has been going on for many years, but with the publication of the book in 2021,  more and more people are exposed to this pivotal information. More and more, white people are admitting what Black people have known all along, that this country’s success was built on the labor and skills of enslaved people. This knowledge wars with the hero tale of the American Revolution, and this is very hard for some folks to accept. But historical events rarely have just one cause, just as human beings are complicated mixes of motive and desire. The sooner we stop deifying historical figures, the better. Maybe then we can also accept ourselves as ordinary and flawed.

We are waiting for the situation to change, but we’re also adapting to less than optimal conditions. All of us can learn from those who have become masters of adaptation. Of course, nature does this very well, responding to scarce sunlight by wrapping things up for months at a time. And adapting doesn’t mean that nothing is happening. Whether change takes a few months, or four hundred years, it never happens all at once. It’s only that we see the outer manifestations as surprising, and sometimes that’s because we haven’t been paying attention.

Today is the new moon in Aquarius, and this brings up questions about what kind of world we want to see. What are we waiting for?  What do we want to learn from our past, from the communities that exist around us, from nature’s deep knowledge? What do we know instinctively, and what makes sense to our rational minds?  How can we find the right balance between science and faith?  None of us knows everything, and in a better world, we don’t have to pretend we do. Learning is its own point of balance. 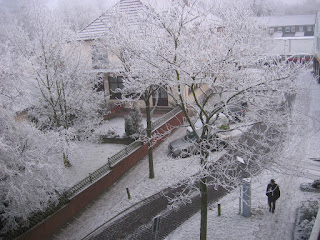