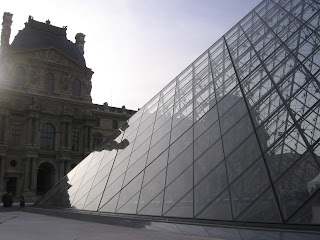 People are angry. I’m angry too. After the latest school shooting in Uvalde, Texas, there’s an uproar, mostly directed towards the weapons of war that a Texas teenage boy can freely buy online.  It’s so wrong, and most people know it.

But will anything change?

Mars is in Aries now, just separating from Jupiter, and this gives a stronger urge for action. It’s fiery, passionate, heroic, and yes, angry. So people are speaking up, displaying their frustrations over those always-handy guns. And of course, the gun-lovers have their usual answers ready. Not long after the murders, the NRA had a convention in which they spoke again about arming teachers and staff at schools. We all know that this is not a real solution – since it’s never yet worked – but only a deflection to avoid accountability.

Will all the anger lead to a change? One problem is that Mars in Aries is not really a team player.  Aries by itself takes a Lone Ranger approach, and that’s precisely the problem right now. Nobody is going to breeze into town, scold everybody for their guns, and shame them into tossing them into a big garbage pit. It sounds great, but it’s not going to happen.

Mars and Jupiter in Aries push for change, fiercely and passionately, and impatience and aggravation do feel like appropriate responses at a time like this. But there’s also a strong Taurus influence this month, and Taurus, as the fixed earth sign, is quite change-resistant. It’s always easier to let things go on as they are, even if terrible things happen to other people every once in a while.

Added to this, there’s very little aspect activity during the first ten days of June. The planets are not forming relationships with each other, and so there isn’t much purposeful activity. And this keeps everybody locked in their default position. Why are things like this?  Because they’ve always been like this. So you’ve got a bunch of folks ranting about change, and a bunch of other folks acting like turtles with their heads tucked inside their shells.

The sun is in Gemini, which generally means a lot of talk, so people are passing along information, opinions, and rumors. But as June begins, Mercury, the planet of communication, is stationary, hanging out in one spot, getting ready to go direct. On June 3, it does, but it’s still moving very slowly. Adding to this sluggishness, Mercury is close to the square to Saturn when it changes direction, and this can mean blocks and delays that get in the way of communication, connection and mobility. This doesn’t start clearing up till the month is about one-third gone.

There is a small shockwave around June 11, when Venus and Uranus are conjunct. Uranus, planet of change, is not too comfortable in the fixed earth sign Taurus, and as we’ve seen, static situations can increase pressure. When there is resistance, change can be more explosive, and so we may see some fireworks then.

At that time, Venus and Uranus are also close to the asteroid Pallas. I’ve noticed many times that Pallas is important in the charts of lesbians. It represents brave, forward-moving women who fight for their rights. So, whatever happens, there will be a contingent of activist women involved. This could be about the Supreme Court’s upcoming decision on Roe vs. Wade, although that’s unlikely to be decided as early as mid-June. But it could be a fierce collective push in some other justice-related area.

And gun control is a justice area. Rich white men have lots of ways to protect themselves from disenchanted, rejected, and freaked-out young men, the ones who have no idea what to do with themselves, the ones who’ve heard that wielding a gun turns you into a big shot. But when things break apart, it’s the least protected who suffer most, and that includes women, children, gay and queer people, and people of color.

Mars spends the month moving through volatile Aries, but without making any aspects to other planets until June 27, when it makes a sextile to Saturn to Aquarius. Suddenly, all that anger is applied to the problem. All the Lone Rangers realize that they can do more if they get together with others in the community. And so organizations form, plans are made, and strategies developed. Can this carry us to a fairer, more peaceful society?  It’s just a beginning, but it is a beginning.

It would be nice if we could just bask in the status quo, especially now that the trees are green, the grass is growing, and the air is warm. Planets in Taurus always urge you to just lay back and relax, and enjoy the beauty. But that Mars in Aries keeps fuming, and this anger won’t dissipate. It will stay with us, one way or the other, until we see clear, definite movement towards justice.

Posted by Jenny Yates at 2:47 PM No comments: