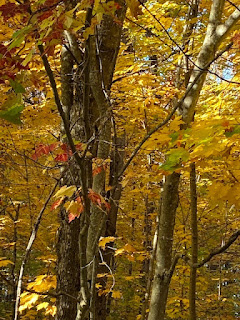 I’m writing this on All Soul’s Day, the day when we all connect with our beloved dead. For me, at this time in my life, there are many. I’ve lost three dear people since last All Soul’s Day, two of them from Covid. I think of them often, with love, sorrow, and respect.

It’s the strangest thing when someone dies, because it’s as though a light is suddenly turned off in a room. The room was once filled with light and energy, a place where you sat and chatted with that person, where you ate and drank and made jokes. And then suddenly the light goes out. They still exist in the spirit, in our imagination, in our memories, and, on some level, it doesn’t feel like they’re really gone. But the room is dark.

November is the month when people are most aware of the veil between the living and the dead, and we look for shadows in empty rooms. Nature itself keeps this constant awareness of mortality in front of our eyes, as the trees around us move through a range of sunset colors and then drop their leaves. Everything seems more intense, because we’re aware that it’s all finite.

Scorpio is traditionally the sign of death, as well as of transformation, and one of its symbols is the phoenix which rises from the ashes. Its opposite in the zodiac, Taurus, is a sign of stability, practicality, construction, and comfort. With the sun, Mercury and Mars all going through Scorpio this month, and Uranus moving through Taurus, there is a lot of tension between change and stasis, especially at the new and full moons.

There’s always a tension between these poles, but it’s heightened these days. Uranus is the planet of change, but fixed, earthy Taurus is the sign most resistant to change. And so we are all passing through a time in which change is demanded of us – by the earth, no less – and in which there is an enormous resistance to it.

As I write this, the big climate change conference in Glasgow is ending, with most heads of state vowing to work harder to cut back on the rate of climate change, and to maintain a survivable habitat for us humans. Will they be able to maintain that stance when they’re surrounded by all the usual political yammering? Will the faceless millions fade back into obscurity?

The status quo has enormous weight, solidity, and resistance, and it can feel impossible to fight it. And there are good reasons for that, since, after all, everything happens in the here and now. The present moment is the locus for feeling, for action, for belief, for meaning. Every moment has the feel of immortality, since all the moments of the past have contributed to creating it.

And yes, it’s true that the present moment is the only thing that’s real, and that everything around us – every person, every object, every trick of the light – has ownership of this moment. The gift of each moment is its essential truth and beauty, as mystics and sages remind us.

And yet there is nothing more permeable than the status quo. Things are always happening suddenly. By the time we become aware of our awareness, it’s shifted. Circuits break, lightning strikes, a heart stops beating. The status quo is ruler of all it surveys one minute, and the next minute, its kingdoms have dissolved into dust.

We’re lucky when the changes happen slowly enough to prepare for them. But those are also the changes that can be ignored, to our peril. Would people be talking seriously about climate change now if wildfires, hurricanes, floods, and droughts hadn’t been disrupting our lives so frequently? Perhaps these shocking events act as a guidance system, inexorably steering us towards necessary action? And of course, I’m not just talking about recycling, I’m talking about wholesale changes in our economic system. I’m talking about assigning value to what’s good for humans as a whole, rather than what stimulates the game called finance.

With the upcoming new moon, on November 4, this Taurus/Scorpio tension will be especially noticeable, as the sun and moon are exactly opposed to Uranus. A new moon is generally a good time to set intentions for the next month, but it may be hard to make plans during such an unpredictable period.  And at the Taurus/Scorpio full moon with its eclipse, on November 19, these two signs will be even more evenly ranged against each other, each demanding loyalty to its particular way of looking at the world.

However, there’s enormous power in both these signs, Taurus and Scorpio. Taurus has the power of the status quo, and that means everything that has been built and has endured. It has the power of habit, of pragmatism, of tribal allegiances, and of a sturdy connection to the earth. It has the power of roots going deep into the ground. And Scorpio has power too, coming from the relentless transformative energy of life. Because it isn’t firmly grounded, it can move with whatever force comes its way. And because it’s the sign of death, it’s also the sign of immortality.

So this new moon could be a time to seize your power, to find great underlying strength – either in your rootedness, or your ability to transform, or your willingness to shift from one to the other. We are all moving on to the next thing. There’s no stopping this process. We can be rooted in our essential selves, and at the same time, willing to change. And when we don’t know how or when the changes will come, we can be open to the mystery. 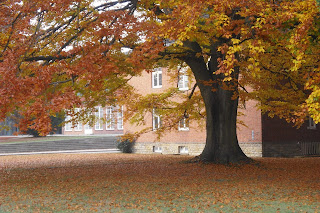