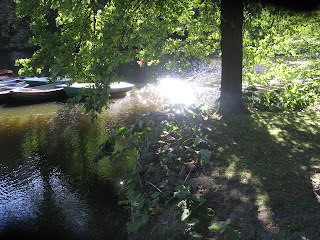 I wake up in the morning when my wife’s second alarm goes off.  (I usually manage to sleep through the first one.)  She drags herself out of bed and into the shower, and I pry my eyes open and grab my phone.  I thumb up some music.  This morning the first song was a Cris Williamson tune that I fell in love with more than thirty years ago.   After that was a modern cover of a song that was a hit sixty years ago.

Yes, there are five planets retrograde right now.  So if you feel that you’re easing a little more into the past every day, that’s why.  This is the time to catch up on yourself.  Rediscover the things you loved, especially the things you’ve allowed yourself to forget.

For myself, I’ve felt this strong desire to set my life in order.  There are lots of things that have gotten more and more disorganized through the last few months.  What is in that pile of papers, my “Deal With This Sooner Or Later” pile?  Maybe I should have dealt with some of that stuff by now?

There’s private history, and then there’s collective history.  Every day as I check my facebook feed, I find links to political essays.  My friends who are Bernie supporters post the most, and I read everything.  I often find myself searching through the internet, wanting to find out more about the things they reference.  “Is this really true?” I ask, and then I look for more information.  Often it’s true, but not the whole truth.  I follow the sedimentary layers back into history.  Sometimes I remember the atmosphere at those times.  I remember what it was like.

My friend writes an eloquent essay against incrementalism, claiming that all the bad things have happened suddenly, so why should we take an incremental approach to the good things?  But when I look back, I see changes – both negative and positive – as slow processes.

Of course, some things happen quickly.  In my 64 years, there have been pivotal moments  – such as the Roe vs. Wade decision,  the Berlin Wall falling, apartheid in South Africa ending, the first African-American president, and the Supreme Court giving gay people the right to marry.  But even the things that happen quickly are built on years of organizing, and are followed by years of backlash and re-organizing.

So I guess I am an incrementalist, a practical liberal, since I haven’t jumped into the Bernie fervor.   The discovery that I’m not as much a leftist as I thought I was has been a little disconcerting at times.  (I also thought I would have a lifelong exemption from joint pain if I kept doing yoga.  Ha ha.  Silly me.)  But with all these planets retrograding, it makes sense that I’m backtracking, examining everything more closely.

The month begins with four planets in Taurus, a cautious influence.  Taurus is the sign of preparation, the gardener’s sign.  it’s an earth sign, and it is conservative in the same way the earth is conservative.  There’s change, but it happens within a particular repeating pattern, and the pattern only shifts slowly over time.  Eons pass, the earth floats through her cycle, and we humans, like all the other species, have to find our niche, and change ourselves to adjust to the conditions here.  And when we aren’t able to do that, we’ll be toast, and other species will move in to fill our spot.

Even though Taurus is generally a slow-moving sign, resistant to change, there are two configurations that point to May as an important month.  There’s a great trine in earth signs, and a T-square in mutable signs, and both of these are likely to manifest in historically important events.

Great trines show successful events, those that are carried through to fruition and that have a strong effect.  There are always at least two ways to look at everything that happens, so this doesn’t say that a successful event will be a good thing.  But it does show that, this month, something could happen that marks a turning point in a long, slow process.

The Boston Tea Party happened under a very similar great trine in earth signs.  The demonstration not only worked – they managed to dump all that tea without falling in and drowning themselves – but it lit the fuse on a revolution.  However, you could say that the American Revolution wasn’t that good for everyone.  It solidified a hierarchy of rich white men in this country, did it not?

The other configuration, the mutable T-square, is thornier, more disruptive, more confusing, and more conflict-prone.  And this T-square, since it involves a hard aspect between Jupiter and Saturn, could indicate economic downturns.  But the question is:  for whom?  Since most of the wealth in this world is gathered into the hands of a very few, they are the most likely to lose under this influence.  Will there be further repercussions from the Panama Papers?   Is this about the continuing agitation from the Bernie Sanders camp?

Even though some dramatic events are likely, the effect may not be instantaneous.  Since there are so many retrograde planets, and since Jupiter moves hardly at all in May, there’s a sense that everything is fixed in space and time.  We’re all so busy looking backwards that we may not notice the crossroads until we’ve long passed it.  Then we can look back and say, “Hey, that was a time of change.  And we were there.” 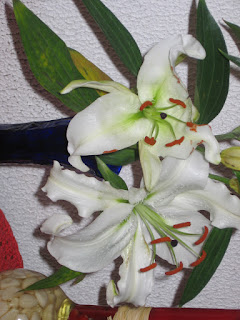 Posted by Jenny Yates at 1:46 PM No comments: