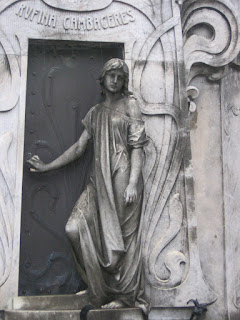 Well, Jupiter in Scorpio is definitely doing its work.  Do you remember a couple of months ago when I wrote about deep personal and social traumas coming to light under this sign?

And now, old wounds have opened for many women.  This happened to me too, although it’s been many, many years since I was the victim of a sexual assault.  But when I wrote “me too”, memories came pouring back, and I found myself depressed and angry.  As more and more women wrote those two little words, emotions built and swept over all of us.  We stopped seeing it as our personal Waterloo, and understood – not just intellectually, but emotionally – that it really had little to do with us as individuals.

It was the way it was back then.  It was the backdrop, the wallpaper that nobody notices because it never changes.  All women dealt with this, mostly by becoming more suspicious and more self-protective.  We didn’t talk that much about it, because there was always some shame attached to these experiences.  After all, we were told over and over back then that if men did anything to us, it’s because we “let them”.  And so for men, there were rarely any consequences to this ubiquitous form of harassment and control.

For men, rapists fulfill the same role that the KKK does.  Not all men are rapists, just like not all white people are in the KKK.  But the effect is that all women are terrorized, just like all Black people are.  It’s rare for any young woman to feel that she is safe in this world, and that her body is entirely her own.

But currently, we are seeing some consequences, and I hope this trend continues.  Of course, the consequences are still meager in relation to the problem.  And I’m sure this is shocking to a lot of men, who are suddenly seeing a dramatic public shift in what’s acceptable and what isn’t.  They’re forced to see these situations through the eyes of women, and they don’t end up looking like such studs.

But hey,  Jupiter went into Scorpio, and we’ll see a lot more of this kind of thing.  It’s only been two months, and Jupiter will be in this incisive water sign for the whole year.  This is the time to go down deep into our psyches, and work on cleaning up the toxins that we’ve been living with throughout our lives.

And yes, I know there will be some backlash, but I welcome the conversations this engenders as well.  Some people will feel sex itself is being attacked, and they’ll write long blog entries to defend passion and urgency.  And this will inspire other people to write and talk about how it really works for them, and where to draw the lines in mutually respectful ways.  I expect the S/M community to have a lot to say about all of this, since they’ve been dealing with issues of consent and permission for years.

One thing that’s shocked me, in all of this, was reading that men so often thought sexual contact was consensual, when their partners experienced it as unwelcome.  Why are so many men so bad at reading their partners?  That doesn’t say much for any of their sexual experiences.  But maybe this is the essential work:  that men have to recognize that women’s realities and experiences are as valid and important as their own.  And that’s the basis of equality, no matter what subset of humans you’re looking at.

And now, this month, we have another big change, as Saturn also moves into another sign, after two and a half years in Sagittarius.  Right around the winter solstice, Saturn enters Capricorn, the sign it rules.  Capricorn is a cardinal earth sign:  pragmatic, ascetic, disciplined, formal, traditional, responsible, and goal-oriented.

At the moment of the solstice, Saturn and the sun will be very close together in the first degree of Capricorn, and the first degree of a cardinal sign is especially powerful.  It’s a gateway for new energy.  As cardinal earth, this gateway is about a fundamentally different relationship with the planet, with material forms, and with practical tools for survival.  We will all be dealing with a lot more reality.

And yes, I’ve predicted an economic downturn for Saturn’s time in Capricorn.  As I’m writing this, the Senate is debating the Tax Bill, and this would increase the division between rich and poor in this country.  It seems to me that all of us will be tightening our belts, while the public good is distributed more and more unevenly.  Communities will have to come together to figure out the resources for their most vulnerable members, while most of the country’s cash reserves are tied up on foreign islands, doing nothing useful for anyone.

How could this work out in the best way possible?   We’ve seen in the “Me too” trend that ideas can break like waves over everyone, and change both perceptions and outcomes.  And so there are ways in which we can reassess what is valuable to us, and what isn’t.  And we may find that we can provide what we need for each other, and that it’s better than the shiny packages advertised on TV.  We may find that we can live comfortably in reality, solving the practical problems that come up, leaning on each other, and in the process, build a different kind of world.

And probably, it will go both ways.  There will be people in hardship, people still fighting the old fights, in prisons and army bases.  And there will be people who are able to build.  They’ll build something that looks poor and humble right now, but will someday be remembered as the gateway to a stronger, healthier, more equitable world. 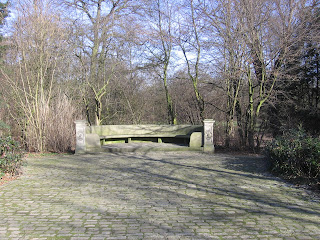