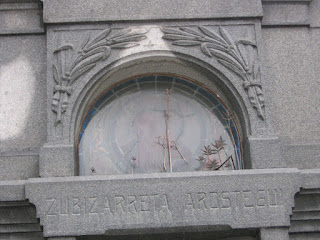 It’s a pretty spring day, full of birdsong - so clearly the birds haven’t heard about Trump’s backing out of the Paris Climate Accord.  Of course this is just the tip of the iceberg, Titanic reference intended, since throughout his presidency, he’s been hard at work hamstringing the EPA, rolling back regulations, and attacking the work of scientists.

When I look at Trump’s chart today, I see that he’s on a roll.  Uranus in Aries is trining his rising Mars in Leo, the prizefighter part of his chart, and so he’s moving forward, boxing and shadow boxing, proving that he’s the dominant one.  No fears about the future, no namby-pamby worries about whether his grandchildren will survive.  The strong will survive, right? And the rest can wash out to sea with the crumbling coast-lines.

When I look at Trump’s chart a month from now, I see a very different picture.  At the end of June, Saturn will be opposing his sun, and this indicates a crisis of confidence, or an external blow to the ego – and, as we all know, Trump’s ego is his most vulnerable part.  It could also be a time of physical illness or injury.

And at the same time, this looks like a tumultuous time for his job, since Pluto in Capricorn makes a series of challenging aspects, beginning with the square to his Jupiter and the inconjunct to his Uranus.  After this, it makes an inconjunct to his sun and opposes his Saturn.  It looks to me like the gods that lifted him up are going to be laying him down flat.  There are some hard lessons between now and the end of his term – assuming he makes it that long.

Expect things to change for Trump a few days after the coming summer solstice.  All during the lunar cycle that begins with the new moon of June 23, he’ll feel Saturn’s opposition to his sun, a weight on his ego.  Does this mean that the Russia investigation will yield some embarrassing fruit, perhaps involving his financial shenanigans?  Will Robert Mueller be the agent of some Trump undoing?

It’s quite possible.  In the new moon chart, the sun, moon, Mercury and Mars are all in Cancer, within 11° of each other, and they all conjunct Robert Mueller’s Saturn.  Saturn is about wisdom, maturity, realism, and responsibility, and this puts Mueller in a position of having to do his duty and deal with something serious.  In addition, Mueller’s Saturn is right on top of Trump’s Mercury, indicating that he’s going to sift through all the Trumpian misinformation for the truth.

And Mueller’s Saturn gets involved in Trump’s Mercury/Neptune square, which could be called Trump’s “liar aspect”.   This is not to say that everyone with a Mercury/Neptune square is a liar.  It gives a vivid imagination, and many people with this aspect are writers and artists, or people who have warm, fertile relationships with the unreal.  Neptune is also about spirituality and idealism, so people with this aspect often work hard to integrate these other ways of knowing and understanding.

However, for Trump, I’d say he lives wholly in whatever self-serving delusion leaps into his mind.  And after the summer solstice, some of those delusions could be flayed open on the operating table, visible to everyone.

Recently a reader asked me to compare Trump’s chart with Putin’s, to see if there were any clues there.   Putin also has a strong Mercury/Neptune aspect, a conjunction.  But the main difference between them is that Putin has a sun/Saturn conjunction.  He’s a realist, and when he shades the truth, or operates on a clandestine level, he knows what he’s doing.

Many of the aspects between them are quite positive, so the buddy-buddy thing is visible.  They both have dominant, fiery Mars placements, and their Mars trine each other, so they can work together on mutual goals quite easily.  This could include waging war against a joint enemy, and both men know this as a sure way to fire up the base.

Both have strong sun/Uranus contacts, so they both like to be unpredictable, independent and rebellious.  Both have largely airy charts, so they both live in a world of forms rather than practical realities.  Putin, with a sun/Saturn conjunction in Libra squaring Uranus, has a strong streak of cynicism, but he also believes he is mostly doing the right thing for his country.  But for both him and Trump, an excess of power and privilege have made it difficult to differentiate between personal preferences and universal good.  This is how power corrupts.

Trump has no earthy planets in his chart, so he’s especially ungrounded, hence the obvious ADD.  Putin has one earthy planet – Jupiter in Taurus – so he is more materialistic.  For Trump, I would argue that, even though everything he does seems so mercenary, it’s all about ego.  He likes the show, the appearance, the glamor, but has little interest in sensual experiences, lasting security, or any of the other things money can buy.

Putin’s sun conjuncts Trump’s Jupiter, and I think this refers to the role they’ve taken in making each other (and their friends) wealthy and successful.  In fact, Putin has four planets conjuncting Trump’s Jupiter, so I would say he’s used personal influence (the sun), information (Mercury), and subterfuge (Neptune) to boost Trump’s position in the world.  He also has Saturn conjunct Trump’s Jupiter, and this tends to have the opposite effect, and could mean that he restricts Trump’s success and prestige.

So does this mean that ultimately the association with Putin will poke a pin into Trump’s bubble?  Could be. Another indication of this is Trump’s Jupiter squaring Putin’s Uranus – which relates to Putin’s unpredictability and eccentricity.  When Uranus is involved, things happen quickly and unexpectedly.  And this looks like it could also presage a sudden fall for Putin, eventually, since Uranus squares all four of his Libra planets.

And so am I predicting the beginning of the end for Trump?  To make things even ickier for him, Saturn will be conjuncting his moon between mid-July and the end of September 2017, and this could mean depression, illness, or an even more extreme drop in popularity.  Or it could mean a stab in the back from someone in his inner circle, like Jared Kushner.  Comparing their two charts, there are a lot of angry aspects, so they really don’t like each other all that much.  But Trump’s sun opposing Kushner’s Neptune shows that the latter fits smoothly into the former’s delusions.

However, Trump has one more dose of good luck coming.  He’s got his faithful Jupiter return, making the last of three exact passes.  The first time was around the time of his electoral college win, and the second time in April, when the House Intelligence inquiry into his misdeeds was pretty much falling apart.  The third time will be between July 27 and August 11, so, even though this is a hard time for him in so many ways, there could be some sort of eleventh hour rescue that keeps him in office.

Trump has always been a plaything of fate, never more than when he pulled off the presidential election.  But this is the end of his lucky streak.

In late September and through most of October, Saturn opposes his sun again, so even if he is able to maintain his position, it’s a low period for his ego and basic vitality.  In October, Jupiter moves into Scorpio, a sign known for exposing scandals and secrets.  By Christmas, when Uranus squares his Saturn, you’ll probably be seeing a lot of news stories about how the mighty have fallen. Trump sees himself as a master of deal-making, but his final test may be negotiating his way out of serious jail time.

And what about the country?  In December 2017, Saturn moves into the spare, ascetic, realistic sign Capricorn.  When Pluto moved into Capricorn, we experienced the Recession of 2008, and the loss and anxiety caused by this continue today.  I expect this to be exacerbated during the two and a half years that Saturn is in Capricorn, especially as weather conditions become more extreme, and refugees more plentiful.  This will color our next election here in the US, but it’s hard to know how people will vote when they’re coming from a place of fear and scarcity.

We know that nature will eventually recover from whatever humans throw at her, but will humans survive?  There is some hope for us, since Saturn will be moving into Aquarius in 2020, and Pluto into Aquarius in 2023.  Pluto will spend the next couple of decades in this sign, and it will bring both new technology – perhaps at the eleventh hour, before humans perish – and a stronger drive towards personal liberation.  So that’s the light at the end of the tunnel.  As always, though, the tunnel comes first. 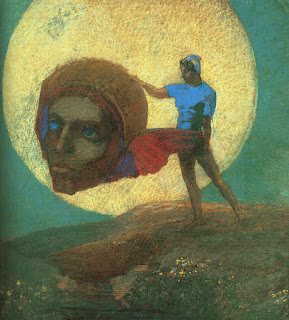 Posted by Jenny Yates at 5:57 PM No comments: