This Piece of Earth 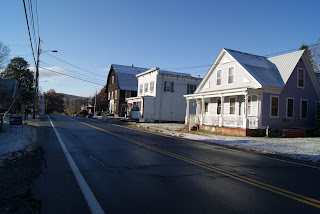 I’m living in the US now, the country of my birth.  But I’ve been an ex-pat for a big chunk of my life, living in Germany, Vietnam, Thailand, Venezuela and Ecuador.  These different countries have held me and shaped me.  They’ve gifted me with their air, with the fruit from their trees, with their different customs and assumptions.  I am who I am because of all this.

And I didn’t flee the US because of war, or famine, or gangs threatening to kill me or my loved ones.  I’ve never been homeless or stateless.  I’ve never waded across a river in the hope of deliverance.

Still, like many of us, my choices haven’t been completely free.  All of us are turned in certain directions, in this world we live in.  Some doors are shut and locked for us, and sometimes we see those same doors standing wide open for other people.  We don’t stand there scratching at what won’t yield;  we go another way.

My wife and I left the US in the 80s, and returned to a different place in 2012.  Only a few months after we arrived, a statewide referendum in Maryland gave gay people the right to marry.  So we did that, and at last, I was able to sponsor my wife for a green card.  I saw myself symbolically putting out a welcome mat for her.  And of course, it made me feel welcome too, in a way I’d never felt in this country before.

A few years later, the Supreme Court established the right to marry in every state.  Instead of taking wedding trips up north, my Southern friends could now get married where they lived.

I’m an old lady now, and when I look back on my life, I see a wandering lesbian, one who chose love above a homeland.  And I would still make that choice, because I’m still madly in love with the same woman.  But why was exile the best choice?  It gave me the world, but it’s also meant that I’ve never felt completely, permanently at home in any one city.

And now I look around and see people being uprooted, everywhere around me.  I see people afraid to use health clinics because they’ll be picked up and deported.  I see Hispanic people who are treated as aliens because they live close to the border with Mexico.  I see young dreamers who can’t make plans because their futures are so uncertain.  I see green card holders afraid to take the next step and apply for passports.  I see the doorway into this country becoming a constricted space -  not a place where people can breathe free, but rather a place where they lose their dignity, their hope, and sometimes their children.

And I see myself cut loose again, taking to the world once more.  I can see the two of us going off to more hospitable places.  And then, like a split screen, I see myself angry, enraged, standing firm.  This is my country.  If I can, I want to stay here and fight for the rights of my friends and family, gay people and immigrants.

I probably wouldn’t be sitting here – I’d be sitting somewhere quite far away -  if it wasn’t for the women that Barack Obama nominated to the Supreme Court, Sonia Sotomayor and Elena Kagan.  And so I take the Supreme Court very personally.  I still see red when I remember the Merrick Garland seat being stolen. It festers.  Thinking of Mitch McConnell’s beady little thieving eyes, I understand why there are Kentucky feuds that go on for years and for generations.

As I write this, the Kavanaugh hearings are happening, and I’m mostly resigned on this front.  Pluto is currently trining Brett Kavanaugh’s Jupiter, and there couldn’t be a better aspect for an enormous rise in status.  Sorry about that.

What does his chart look like?  He has the sun in Aquarius, which tends to give pretty definite opinions and principles, and this is certainly what he projects.  But his sun is the middle planet in a T-square involving Jupiter and Neptune, so it seems to me that his ego and ambition will always come first, and his actual philosophy will always be a little shaky and untethered.  He doesn’t quite know what he believes, but he knows what will give him an advantage.

So this is discouraging.  But not everything in September looks like a slide into the Middle Ages.

Saturn is stationing in September.  This means that it appears to pause in the sky, and very slowly, move forward through the elliptic, instead of reversing.  Saturn is in conservative, traditional sign Capricorn, but it will spend all month making a trine to progressive, future-looking Uranus.

Because this trine happens in earth signs, it’s about practical solutions rather than yelling and screaming.  It’s about solid foundations which lead to well-established structures.  Like an aide whisking some dangerous paper off the president’s desk before he sees it, it’s about vigilance and care.  And it can be about using the best of old traditions – how did people survive back then?  how does the earth renew itself? – and creating new traditions which put the world in a more stable place.

Another helpful September aspect is a long sextile between Jupiter and Pluto.  Jupiter is in Scorpio, which tends to root up secrets, so I’m sure we’ll see more of the dank underbelly of this administration.  Pluto signals deep, intrinsic, long-lasting changes.  Again, these are not the kind of aspects that indicate thunder, lightning, and revolution in the streets.  But they can signal a slow turning towards truth and progress.

And this is what we need.  The next new moon (on September 9) has an opposition between Neptune, planet of confusion, and the sun and moon.  Someone is going to pull out all the stops as they try to trick us.  There’s going to be a lot of misdirection, and maybe some really sneaky maneuvers pulled in the dead of night.  But it’s not going to work.  It’s all going to come to light.

So here I am.  It’s been a few years now, and my wife and I have grown some roots. Roots take a long time to grow, but then they cling.  They take a little piece of earth and make it their own. 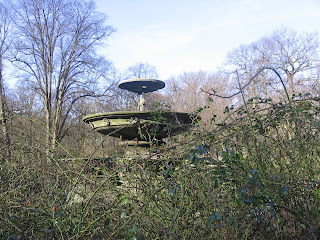 Posted by Jenny Yates at 2:44 PM No comments: