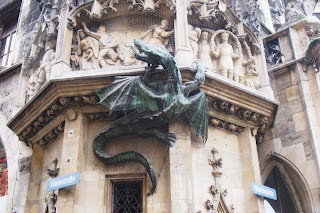 At first, it was just rumors of war, and then it was war. On February 24, in the early morning hours, Russia invaded Ukraine. With Venus and Mars – the planets of pleasure and desire -  traveling together these days, you would think everyone would be too busy making love to make war. But no.

And really, it doesn’t matter what most people are in the mood to do. The soldiers, the ones who are trained to follow orders and then sent out to die, have no say at all. You could say that it’s Vladimir Putin who is invading Ukraine, using the bodies and resources of his citizens to attempt some kind of strong-man glory. For him, pleasure and desire come through tweaking the geopolitical currents of the world.

It's a little shocking. Dictatorship seems outdated, a barbarian concept. And yet, there are plenty of individuals in this world with power over millions. When one of these folks has a bad hair day, somebody else can lose their livelihood, or their life.

Looking at Putin’s chart right now, my guess is that he is having romantic problems, although of course we’ll never know. But, with Uranus going through his 7th house and opposing his Venus in Scorpio, the transition from one girlfriend to another is probably rockier than usual. What better way to prove virility than to invade a neighboring country?

Countries have charts too, calculated from the moment they take on a separate legal identity, and Ukraine’s chart derives from the time it became independent from the Soviet Union in 1991. Ukraine has Capricorn rising, and Pluto is currently at the same degree in Capricorn, stressing Ukraine’s sense of an independent self.

If Ukraine were a person, I would say that she is sometimes lonely, and she has to work hard to keep other people from overpowering her. Saturn is in her 1st house, close to the ascendant, making inconjunct aspects to a whole raft of planets in bright, demanding, bossy Leo, in the 7th house (of relationships). It seems to me that Ukraine’s whole lifetime has been spent pivoting, trying to figure out with whom to associate. Who will treat her right? Europe? NATO? Who will try to steal her resources and then treat her badly?

Of course, there are some major differences between country charts and individual charts. People can be colonized, and they can be treated badly by others, but nobody can get inside your skin and change your physical dimensions. But for countries, this happens all the time. For us humans, our skins are our boundaries. But for countries, all boundaries are artificial, a line in the sand drawn in response to the political forces of the moment, maintained by others who are okay with it. The earth has no real barriers.

At the same time, the people of a country form a web of emotion and intention, and this is what we see in a country chart. The human desire to stick together is a mighty force, and it can be powerful enough to maintain a country through hostile attacks, even through occupation. We’ve seen this over and over in the world. Ukraine looks unexpectedly vigorous, thanks in part to its own president, and it’s making good use of the international court of opinion.

How will things develop during the coming month?  March is pretty intense, and a lot of inner planets are conjuncting outer planets, especially during the first half of the month. This is because all the planets are so bunched up at this time, and they can’t help tripping over each other. So what we are seeing are meetings, connections that aren’t usually made, transfers of energy that are fiercer and more dramatic than usual. You may see these tangles and complications in your own life.

On March 2, Mercury conjuncts Saturn in Aquarius, focusing our attention on our responsibilities and commitments. This happens very close to the moon in Ukraine’s chart, and it looks like a call for help. It’s also close to Velensky’s midheaven, at the top of his chart, so it’s a moment of reckoning for him, and it could be a tough one.

Then on March 3, Venus and Mars are both conjunct Pluto, planet of power, and this happens right at Ukraine’s ascendant. Whatever happens at this point, it will happen on the world stage, and it looks operatic. Symbolically, Venus and Mars are the Lovers, and Pluto is the Demon Lover, the Stranger, the Hand of Fate who forces them apart in so many myths and stories.

It’s strange how close the name Pluto is to Putin, and naturally this leads me down a runaway path!  Pluto is the planet that deals with the underworld, the deep unconscious, hidden sources of power and transformation. It’s also connected to nuclear power, which is somewhat worrisome. And Putin is playing that role these days, with his secrecy, his naked power grab, and his nuclear arsenal. Of course, he’s not an actual devil, but he’s putting his face on that archetype for a lot of people.

A more fortunate aspect happens on March 5, as the sun and Jupiter come together in Pisces, trining Pluto in Ukraine’s chart. This can give a deep, underlying strength. On March 6, Venus and Mars are exactly conjunct in Aquarius, right on Saturn in Ukraine’s chart, and this looks to me like diplomacy. It may mean concessions, though, including things that Ukraine does not want to give. So it’s not necessarily a time for celebration.

After this, the next conjunction is that between the sun and Neptune, on March 13. And this seems like some kind of surrender, especially since it makes tricky aspects to the planets in Ukraine’s relationship house.

Of course, I may be interpreting this too pessimistically. When I look at the same aspects from Russia’s point of view, however, the only challenging one is the sun/Jupiter conjunction, which opposes Russia’s Jupiter. So it’s clear that this is a very expensive war for Putin, probably more than he expected.

For all of us, March is intense. There are moments of ecstasy, some sharp desires and pleasures, but there are also fears and worries. And during the second half of March, things are not exactly placid, since Venus and Mars will square Uranus. So do watch your step this month. Sometimes boundaries aren’t as firm, or as clear, as you want them to be.

As far as the US goes, several astrologers have mentioned that this country is having a Pluto return. Pluto’s cycle takes 240 years, so no human lasts long enough for it to return to its original spot in the birthchart. But trees do last that long, and sponges do, and so do countries, given stability. The US has survived with its main threats coming from within, even though we’ve been aggressive towards other nations. Crab-like, we pinch and then retreat.

But at our Pluto return, a deeper transformation is happening. Will we be drawn into a European war? Although I dread this idea, I can’t say it won’t happen. However, my hope is that this Pluto return will move us towards a deeper understanding of ourselves, our history and our potential.

We can look at the most conservative elements in the US, and see what these folks are most alarmed about, and these things are sure signposts towards the future. Right now, the right wing is anxious about the way American history is taught, and so there we have the secrets that we need to uncover, mainly the essence of our power as a nation. As we understand our past, especially the role of Black workers in constructing the wealth of this country, we can move ahead, no longer muffled by denial and delusion.

Currently in the US of A, we have a bunch of white male plutocrats running things. We need to learn how to use our actual human potential – women, children, scientists, artists, skilled workers, indigenous people, Black people, and people from every wave of immigrants. The pandemic has made it necessary to reframe a lot of things, and it’s pinpointed what is essential and what isn’t. The oncoming climate crisis is doing the same, more slowly but even more inexorably.

As we bump along through March, all eyes are on Ukraine. The situation there is a testing ground for us as humans. As a world, are we mostly propelled by violence, or can we shape our lives through communication and mutual support? Are we civilized yet? Will we get there in time? 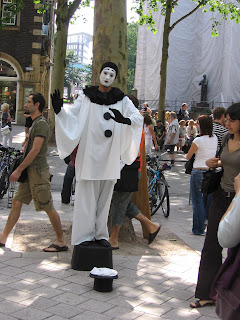 Posted by Jenny Yates at 3:57 PM No comments: