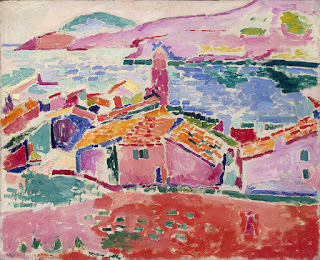 The wind’s voice was so loud that it woke me just after dawn this morning. Now it’s an overcast afternoon, and branches fly around outside my window.  I feel lucky that we haven’t lost power yet.  Some of the little trees across the street, by the stream, have cracked open and fallen, but the big trees in our yard are all safe, so far.

Elsewhere in the world, they’re celebrating the Hindu spring festival of Holi, during which people fling water and colored powders at each other.  People abandon themselves to their feelings, and let everything fly, just like the wind is doing right now.

Listening to the wind’s voice, I think about the poets, the ones who allow their emotions to color the world around them.  I embrace all of them, from the rappers to the tea-sippers.  And thinking of them, I realize that the wind has many voices, all woven together, and that’s what gives it its power.

This is the month when all kinds of feelings emerge, a potpourri of conflicting and harmonizing emotion, impossible to contain.  As March begins, the sun is with Neptune, the planet of poetry, drugs, rainbows, magic, illusion, rhythm, and hypnosis.  The sun and Neptune are in Pisces, the sign of porous boundaries and sensitive connections.

And so you might as well just fling up your arms and dance.  Dance like nobody’s watching, because nobody really is.  Like you, everyone else is entranced by their own visions and intuitions.  There is so much beauty pouring over all of us, nobody has an inclination to judge or complain.

Of course, not every emotion is welcome, and the suffering can feel overwhelming too.  We can feel pierced by the sadness of others, not just by our own fears and regrets, whether we know the person or not.  We have all been there.  And some particle of our being is still there.

The walls are missing these days, and we can be undone by any random thought-form that drifts in the window.  There are parts of ourselves that normally hold back this tide of awareness, but they are not working as efficiently.  The shape-shifting planets in Pisces are crowding out the planets of form and structure, like Saturn.

Right now, we do have one fiery planet that provides contrast.  Mars has been in Sagittarius, making hard aspects to the Pisces planets, sparking anger, passion, and commitment.  It challenges Pisces’ nebulous and chaotic tendencies.  The newest iteration of the anti-gun movement, kick-started by young people, is making use of Mars in this energetic fire sign.  Sagittarius is the Archer, targeting a particular goal, and that goal is an undermining of the gun culture that ruins so many lives.

But the strong Pisces influence is not going to last much longer, either.  In about a week, an exodus of planets from Pisces to Aries will begin, and it will continue all month.  It’s a dramatic transition, the change from the last sign of the zodiac (Pisces) to the first (Aries).  It’s like being just a speck in the universe one minute, grooving on the whole, and then suddenly finding yourself being born:  an egg, an individual, a tight focus of consciousness.

Aries also gives a strong desire for expression, and so it continues to be a good month for poets and other artists.  For Pisces, it’s the connection to the spheres that makes for song and dance, in a world where everything is possible because it’s all there.  For Aries, nothing is there – yet.  It must be created.  Aries makes the first brushstroke, the first word, the first note.

So as the Aries influence grows stronger, the energy becomes more purposeful and pointed.  People are bolder, more fired up. This can only help the anti-gun movement, as well as other revolutionary movements that have been gathering strength recently.

But the Aries planets will also focus the energies of the pro-gun factions.  In some ways, it favors them, because Aries is the sign of the Warrior.  The main challenge during this time will be to avoid aping the tactics of the other side, since methods are always intrinsically linked to results.  Do we have to fight for an end to fighting?  Do we have to shoot the other side down, when they extol the joys of shooting?  Do we need people to stand up, to take on the Lone Hero role, when we’re trying to move beyond that often oppressive masculine archetype?

How can we do this, without becoming what we hate?  How can we go beyond hate itself?  That is what these Pisces planets teach us.  In art and poetry, dance and color, we learn how emotion flows and winds itself around all of us, leaving no-one out.  As we move onward to make change in the world, this is what we need to remember. 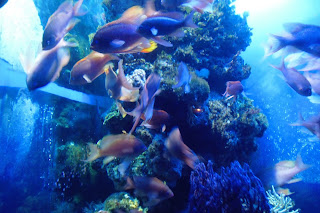 Posted by Jenny Yates at 3:21 PM No comments: