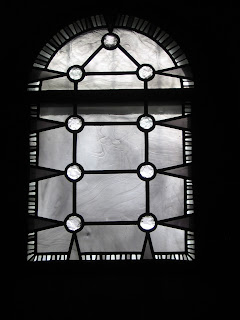 It seems that there’s no time at all between sunrise and sunset these days.  I find it hard to keep working after my window goes dark.  It seems like a signal to snuggle up somewhere, drink hot chocolate and read under the covers.  Sometimes all this bright interior light seems wrong, almost hallucinatory.

I recently had a few days without a smart phone in my pocket, after my old one went kaput as the Thanksgiving holiday was just starting.  I had to retrain myself, without a phone to reach for whenever I wanted to know the outside temperature or the birth date of Henry VIII.  I reached for my book more often, and settled for not knowing things, or just having a vague idea of them.

We are powerful, we modern people.  We can transform night into brilliant daylight.  We can learn a little bit about a million different things, so that we feel knowledgeable without studying.  And yet – and yet – we are still bound to our own wheels.  I just turned 68, so I’m already sliding into winter.  I’m paring down, conserving energy.  Trees shed their leaves, and I give away books.

Do I feel out of sync with these relentlessly busy modern times?  Every once in a while.  Of course, I do appreciate all the ways that technology can extend my range of motion, but I also recognize its limits.  My life is finite, for all the sci-fi stories about eternal life.   I don’t expect that the little device in my pocket will explain this to me.  I have a feeling that life will be no less a mystery when I leave it.

On the other hand, I’m very much in sync with the astrological picture.  Jupiter has just entered its new sign, Capricorn, the most minimalist sign in the zodiac, so the energy has really changed.  This is a winter sign – no frills, no cuteness.  The energy of Capricorn is responsible, traditional, mature, serious, realistic, strategic, pragmatic, and sometimes severe and judgmental.

Jupiter in Capricorn tends to be a stripped-down time.  We focus on our goals and forget everything else.  We become leaner and meaner, hungrier and more melancholic.  It’s a time when everyone is tested for strength, stamina and conviction.  Since Saturn and Pluto are also in Capricorn in the coming months, it’s hard to get away from this energy, and we may all find that we’re working harder and dabbling less.

I don’t always have an easy time with Capricorn, since I have planets in the other three cardinal signs.  So when I’m confronted with a dose of Capricorn energy, I often do feel judged.  At the same time, as I’ve gotten older, I’ve become more comfortable with Capricorn’s high standards of behavior.  It’s a sign which looks straight at things, and sees how they are, rather than living in the comfortable delusions that most of us inhabit.  Because of that, Capricorn energy tends to lead to very real, tangible achievements.

Jupiter was in Capricorn when NATO was formed, when the Peace Corps was established, and when the People’s Republic of China was proclaimed.  It was there when Roe v. Wade was decided by the Supreme Court, and when the ERA was passed by Congress and sent to the States to be ratified.  It was also there when the Berlin Wall was built.  It’s a cardinal sign, a sign of structure and initiative, and so things tend to happen when Jupiter is in this sign.  Ideas take shape, solidify, become concrete.

Jupiter in Capricorn gives serious intent, and the perseverance to turn this intent into something definite.  But as soon as a new structure appears, it becomes a target.  We all know what happened to the ERA, and Roe v. Wade, while saving many women’s lives, has also coalesced into a rallying cry for the right.  The Berlin Wall hung on for decades, attracting enormous enmity, before falling.  It seems that whenever Jupiter in Capricorn brings anything new, it also brings a fierce opposition into existence.  Its structures have long shadows.

When I look back over the dates when Jupiter has been in Capricorn, I also find a lot of “strong” men behaving badly.  Jupiter was in Capricorn when Mussolini declared his dictatorship in a speech to the Italian parliament, and when Hitler published the first volume of Mein Kampf.  It was there when Franco gave the order to bomb Guernica, and when Hirohito’s army occupied Beijing and Shanghai.  It was there when Stalin’s paranoia led him to purge and murder thousands.  Even Richard Nixon’s Watergate break-in happened while Jupiter was in this sign.

Does Jupiter in Capricorn encourage dictators?  That doesn’t bode too well for us in the US, with the arrogant and feckless DT in the White House, obstructing all inquiries into his behavior.

The thing is that Capricorn is a sign that leans towards hierarchy, as a rule.  At its best, this just means holding very high standards for human behavior, and not settling for less.  There can be a certain Zen purity about Capricorn, an admirable ability to distill what’s valuable and reject all the rest.  But at its worst, it can mean using every political strategy to get to the top, and then holding on for dear life.  Capricorn is a goal-oriented sign, but to meet goals, you need a certain amount of power, and frequently people are so seduced by the power that they forget the goals.

So I do think we need to look at the lessons of the past, to examine how we use our power, and to figure out what to do with our initiative and creativity.  What needs doing?  What can we organize?  What goals can we meet?  What structures reflect our best selves, at this moment? How can we keep entrenched interests from building structures (like walls!) which will solidify fear and division?

There is a hopeful aspect in December, mainly Jupiter in Capricorn forming a trine with Uranus in Taurus. This is a good time for all creative work.  Both these planets are in earth signs, so they lend themselves to work that can be seen, heard or touched.  If you’re a sculptor, a potter, or a musician, or if your work is crafting beautiful objects out of natural materials, you can find yourself more inspired and productive than ever. But you won’t be alone.  All of us will be engaged in building something real, something that manifests our highest good.

As we grow and learn, our understanding of what is good must change.  And so everything we create now will someday crumble.  But even so, let us begin, generating whatever light we can to guide our way.  The work of this moment is ours to do. 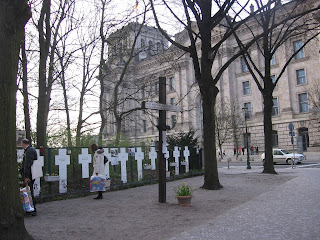 Posted by Jenny Yates at 2:58 PM No comments: