What Is That Alien Form in the Sand? 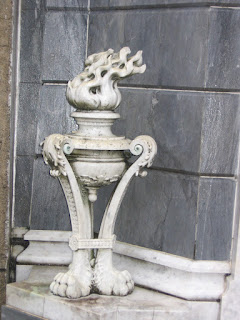 At last, we’ve reached the last month of this seemingly endless year. It’s been so strange, all these months of nothingness - no travel, no beaches, no family visits, hardly any sightings of friends. The year stretches behind us like the surface of an alien planet – desolate, unpopulated, with an unfamiliar wind blowing grit in our faces.

But my wife and I have been among the lucky ones, and we know this. We’ve made it to this last month of 2020 with our health, our marriage and even our work intact.  And now, looking ahead to December, I’m seeing change. There’s something different forming – there, beyond the dry, shifting sands.

The election of Biden is part of that. That was just under a month ago, and at first, we were all celebrating wildly, all over the world. But since then, we’ve had to deal with DT trying in every way he can to overturn the results. Every morning, reading the news, I’ve felt some dread about what he was going to try next, and whether there was a chance he would get away with it.  It’s only thanks to local officials, and no thanks at all to those higher on the political food chain, that he’s been stymied.

Right now, Pluto, Jupiter and Saturn are all still in Capricorn, within 6° of each other, so the old gang of crusty cynics is still in power. They’re disgruntled, chewing over the dip in Republican fortunes, but still working out ways to keep their firm grip on minority rule. Some of them will stay ensconced for another couple of years.

But December is not a stagnant month.  The first shock comes with the solar eclipse of December 14.  It swoops in, illuminating the scene like a strobe light. With the sun, moon, Mercury and south node all in the fire sign Sagittarius, it’s passionate, zealous, and spontaneous. It’s all about cutting loose, activating a new vision. An eclipse sets the tone for the six-month period until the next eclipse, and this one looks especially unrestrained. Something will be off and running.  Or someone.

It doesn’t escape my attention that December 14 is the day that the electoral college votes, and when the election is officially over. Is this eclipse a cosmic welcome sign to President Biden and Vice President Harris?  No offense to Joe, but it seems a little flashier than he is. Kamala Harris’ rise to political power is more revolutionary, however, and her chart dovetails nicely with the eclipse chart, making a great trine in fire signs. So maybe this is about her.

DT is the most lawless public figure we have right now, so I wanted to see if the eclipse will affect him.  I was shocked to see that the sun and moon are right on top of his moon/sun opposition, and the nodes are closely aligned with his nodes, as well. So yes, this indicates a sudden, dramatic shift for him, an acting out of his particular karma.

What could he possibly do at this point?, I ask myself, but I know that his imagination exceeds my own. He’s done things I never imagined that a U.S. President would do. Will he somehow manage to get “his” Supreme Court to keep him in power? Will he decide to end his presidency with some big, punchy gesture? Or could it be that he’ll take this moment to flee, to take off for another country?  That would certainly fit in with the Sagittarius theme of liberation, since it could save him from prison.

But whatever happens, it’s not the end of the story. Just a week after this eclipse comes the winter solstice, and the chart for this is also really striking. On solstice day, Jupiter and Saturn are conjunct, at 0° Aquarius.  These two planets come together once every twenty years, but it’s been more than six hundred years since they did it in Aquarius, and more than seven hundred years since it happened at the first degree of any sign.

So the winter solstice is a sudden switch in tone, away from the wildness and dash of fire, towards the cool intellect of air.  Jupiter and Saturn together in the fixed sign Aquarius create stillness and clarity, and the restlessness of Sagittarius vanishes like a candle-flame before a strong breath.

Aquarius is one of the most idealistic signs in the zodiac, dedicated to democracy, the rule of law, and freedom from tyranny. It’s about reason, logic, science, and truth. If DT did manage some sleight of hand in December, this winter solstice chart looks like an enormous reaction from the citizens of this country, with support from around the world. The streets wouldn’t be wide enough to hold us all.

At the solstice – and afterwards - the focus will be on determining our role in the community.  Jupiter and Saturn represent the positive and negative poles of society – on the one hand, expansion, and on the other, restriction. With Jupiter, you grow through aligning yourself with the interests of the community, and with Saturn, you conform to the duties, responsibilities and restrictions that society imposes.  Together, Jupiter’s optimism tempers Saturn’s rigidity, and Saturn’s caution tempers Jupiter’s extravagance.

During this strange year, 2020, small everyday gestures – wearing masks and social distancing – have been an expression of caring for others in our communities.  At the same time, we haven’t seen much of the Jupiter side of the social contract – the expansion, the festivals, the opportunities. All of these have been curtailed. But starting in December, Jupiter will take its place by Saturn’s side, reminding us that there are a million ideas still percolating in the group mind.

I’m reminded of that strange metallic rectangle that recently showed up in some public land in Utah, disappeared, and then reappeared in Romania. Everybody immediately thought of the alien object from the movie 2001. This definitely seems like an illustration of the shift in time that we’re living through. We’ve been walking through an empty landscape, and now we see something strange, something disquieting, just ahead of us. What will happen when we touch something new?  How will it change us?

2020 has taught us a great deal.  It’s taught us patience, and it’s taught us more about what we owe to each other. We’ve studied silence and isolation. Some of us have learned to meditate, and others have learned to bake bread. But times are changing, and now we have new things to learn. Where will the next phase of our evolution take us?  Who are we becoming? 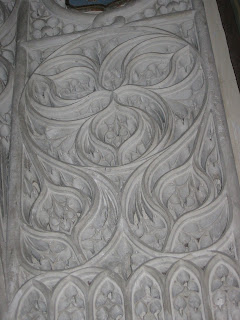