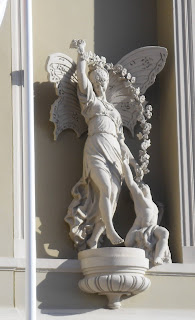 I have such a good reason to celebrate July 4 this year.  In fact, my wife and I are planning to go to a nice little out-of-the-way place where we can watch some fireworks and toast the Constitution, that slippery document full of idealistic notions and weary compromises.

I’m not the most patriotic person in the world, having spent about half my life living overseas. But I’ve been living in this country now for nine years. And once I moved here, one of the first things I did was get married (legally, this time) to the woman who has been by my side for the last 35 years.

So thank you to the Supremes - my fallen hero, Ruth Bader Ginsberg, plus Sonia Sotomayor, Elena Kagan, Stephen Breyer, and Anthony Kennedy – who voted for my right to marry.  Thanks for believing that I have a right to the pursuit of happiness.  And now, after all this time, my wife is also a citizen of the US. She was always an American, but now she’s a Unitedstatesian. (I am hoping this word will catch on, so please promote it for me.)

There are a lot of things that are starting to happen, now that Mercury is direct again, and now that the Saturn/Uranus square is breaking up (although only temporarily).  Here in Maryland, masks are coming off, and restaurants and theatres are opening. This is why we can celebrate out in the world, rather than having bubbly in our bubble.  This is a new year for us, our first year as citizens of the same country.

However, a lot of the movement these days is corrective. We’re all still recovering from a period of political trauma, as well as the sorrow and fear of the pandemic. Mercury is direct in July, and this keeps things clicking along. But currently, all the outer planets except Uranus are retrograde, and Uranus is slowing down to retrograde in August. So we are trying to make up for ground that we’ve lost. There is still so much to do, and there’s a will to do it.

To fix what’s broken, people need to be held accountable, and that’s a slow process. However, it is starting. The Trump organization has just been charged with tax fraud, and its CFO was in court today trying to explain why he didn’t have to fork out any money for his electric bill, car payments, apartment rental, holiday vacations, and the other things that exist in the budgets of the simple folk.  Here we see some of the first cracks in this tower of illusions and corruption.

And as Trump’s empire collapses, that condo in Florida just collapsed, trapping more than a hundred people. I’m sure that will jar more people into realizing that infrastructure is not purely theoretical. It’s about concrete and air and water. Maybe they’ll write their congresspeople, and suggest that something needs to be done, now?

There are a lot of things that we’ve thought of as fixed, that are now in flux. But it’s a constant wrangle. Even though the Saturn/Uranus square is no longer so tight, and it will keep loosening until October, there are still impasses. There are still plenty of people wedded to the status quo, deathly afraid of losing money, status or power.

In the House, things are busy. I keep getting notices that my congressman, Rep. Jamie Raskin, is voting on one bill after another, and all these bills pass. Sometimes the margins are slim, it’s true. The Republicans vote to keep Confederate statues in the Capitol, to ignore methane emissions, and to let military operations in the Middle East continue indefinitely. They are pretty much okay with giving gold medals to the Capitol police who defended their lives in the January 6 riot, but definitely not in favor of any efforts to find out what the heck happened there.

But in the Senate, the filibuster hangs over every bill like a guillotine blade. Even so, they’re negotiating, and infrastructure bills are weaving in and out of the picture. And even though the Voting Rights bill failed, it isn’t going to die. It will come up again and again, in slightly different forms, like the demons rustling in the curtains in Mitch McConnell’s bedroom.

Democracy is clearly as dangerous now as it was when the Constitution was written. We can tell that by the way they keep trying to suppress it. It’s not a miracle cure for everything that ails us, but it’s a good tool, something we can work with – and towards – and then with, again.

We still have so much to do. But in my house, we just added a new voter to the country. My wife and I watched Joe Biden’s little address to new citizens, and I have to say, I got kind of teary eyed. I’m ready to pop the cork, to toast this country, and to look up in the sky and say “Oooooh!”  Happy fourth of July! 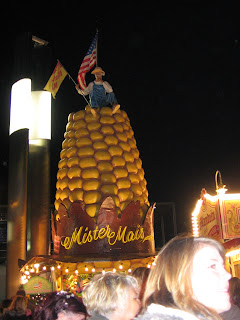 Posted by Jenny Yates at 6:21 PM No comments: