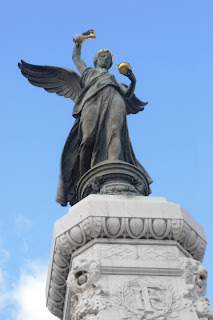 This is a peculiar summer, since we’re all half-in, half-out. For a while there, we were almost out in the world. People got vaccinated, the virus receded, folks emerged from their shells, and it was looking good. And then people resisted vaccination, a more contagious variant of the virus appeared, and since the non-vaxxers are also non-maskers, they’ve been stricken in large numbers.

We feel for these folks, since we know circles of suffering tend to radiate outward. At the same time, there’s some anger at the unnecessary sacrifice of lives, and the temptation to point blame somewhere. Right-wing politicians who’ve promoted increasing suspicion? Or years of blithe corruption by the ruling class?

It does make me wonder about the human instinct for self-preservation. But I think humans are always providing proof that other things matter more to us than our own lives. One of those things is pride, and this is especially strong now, with the sun and Mercury in Leo. Pride is the belief in one’s own personal specialness.  Pride is goading the gods. Ha! Throw your thunderbolt my way, I side-step! No, I won’t wear a mask. Because I want everyone to see my glorious face, that’s why.

Pride convinces people to go to war, which means standing in one place with other people shooting at you – which seems kind of crazy on the face of it. Pride has convinced humans for years that we’re just the best darned species that nature ever created, in spite of evidence to the contrary. National pride is all about jumping up and down and waving flags, not trying to improve conditions in the place you live.

But pride takes a beating in August, with the sun and Mercury in Leo opposing first Saturn and then Jupiter, both in Aquarius. Aquarius represents the community, while Saturn is the reality principle and Jupiter has to do with excesses and over-confidence. So the “special me” comes strutting up, and finds itself bumping up against a larger reality. Yes, there are a whole bunch of people walking around, infected with a virus which could kill you. It’s invisible, it’s airborne (Aquarius is an air sign), it’s part of your community, and it could reduce you to one of those faceless, ventilator-huffing bodies in a bed.

As the statistics circulate, those who aren’t too caught up in the magic of their own personal wonderfulness are looking around, going “Wait, what?” and starting to take more precautions. It’s irritating, after all this time in limited spaces, but sometimes limits keep you alive.

However, just being cautious isn’t enough, since the sun/Mercury in Leo are also contending with the wild rebel planet, Uranus, early this month.  Uranus is the planet of sudden change, and, in the earth sign Taurus, it can appear as the avalanche, or the whirlwind, or the flood, or the forest fire. And although these can seem like purely random events – natural disasters -  we know by now that human beings have our thumbs on the scale, when it comes to most weather events.

The new moon, on August 8, is dominated by these squares between Leo and Taurus, setting the tone for the next lunar cycle. And so there will be lots of lessons for us, involving our place in the natural world. Climate change and the virus bring up questions around our resources, our webs of support, and our ability to adapt.

All the signs I’ve mentioned are fixed signs, and adaptation is not easy. It means leaving behind deeply-rooted beliefs, as well as cherished images of who we are. Sometimes it seems like we humans want our time on earth to be brief and flashy, six million years of neon hubris and then a grand exit like a Cecil B. DeMille movie. Who were we?  Ah, those humans - a glorious but unsustainable experiment.

Luckily, this month, there’s a strong Virgo presence in the sky, especially in mid-month. An earth sign, Virgo represents the workers of this world, the ones who actually do all the things that other people take credit for. Virgo emphasizes healthy living and sensible solutions. It’s a mutable sign, meaning that it’s responsive to the environment, able to change according to material requirements.

And this month, three Virgo planets make trines  - harmonious aspects -  to rowdy Uranus, giving this planet some more positive outlets. Uranus can be symbolized by the jolt of electricity, but it’s also the flash of creativity. And these earthy trines to Uranus give practical creativity, so there will be a lot of useful problem-solving this month. Some of this will come from scientists in cold labs, and some of it from gardeners, craftspeople, and backyard tinkerers.

Uranus in Taurus is like a ferocious hairy mammoth, and at the beginning of the month, it’s ready to devour everyone. But by the end of the month, those Virgo planets, using patience and careful observation, have it tamed. It may still jump on you, and leave you sprawling in the grass, but it won’t finish you off. People in general will be more willing to work together towards rational and mutually beneficial ends. And when it comes to tricky weather patterns, things may be gentler after mid-month.

There’s still some tension between Virgo and Aquarius though, as August goes on. This isn’t an easy combo, and different people in your life can represent either the Virgo or the Aquarius viewpoint. Virgo wants to fix things right now, while Aquarius is more idealistic, and wants systems that will move us all into a better future.

Virgo can’t stop dissecting every little thing to get at the flaws, and then putting it back together in a better way. Aquarius can be wildly inventive, way ahead of the times, and completely okay with shocking more conventional people. They can differ on how to do things in the moment (and this is always more important to Virgo) as well as what the ultimate meaning is (and this is always most important to Aquarius).

Together, they can be a formidable duo, and so integrating these energies is a worthwhile goal for August. And if you can find both Virgo and Aquarius traits within yourself, you can be both an indefatigable worker and a brilliant theorist. You can face the realities of the moment, while at the same time, daring to build a very different future. 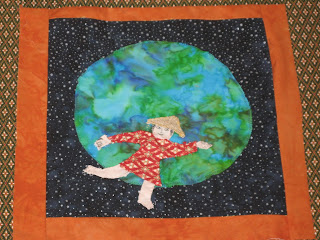 Posted by Jenny Yates at 3:29 PM No comments: