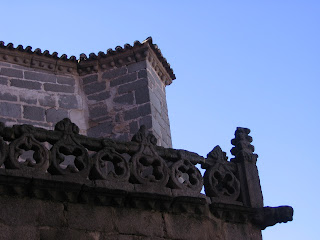 I didn’t write a column last month because I was sad.  My family suffered a loss when our matriarch died, our oldest member.  Tití was a few months short of a hundred years old, almost a century of history wrapped up in one small self-possessed woman.  She was a native of Venezuela, but lived and travelled all over the world.

Now Venezuela is going through a terrible and tumultuous time.  It’s painful to see so many progressive people in my circle upholding Maduro and claiming that yesterday’s events were orchestrated by the CIA.  Today, as I write this, the streets are once again full of people.

I know that the U.S.’s imperialist hunger has been the villain in countless other stories.  My wife and I just saw the documentary “Harvest of Empire: A History of Latinos in America”, and much of the history given was familiar to me.  The US doesn’t have clean hands in Venezuelan history, either, since it supported several dictators in the past.  But Chávez was his own worst enemy, as is Maduro, and the US didn’t wreck the Venezuelan economy.   In fact, the US was the biggest buyer of Venezuelan oil until March of this year.

What I know is that Tití worked hard all her life, and if the Venezuelan economy had worked, she would have ended up with a pension and health care in her old age.  Instead, she had no security at all, except for her relatives in other countries.  We have other friends and relatives in Venezuela who spend their days trying to find food and medicine, and their nights in the dark, with only intermittent electricity.

Wondering what the outcome will be,  I checked out Nicolás Maduro’s chart, and there’s a mix of aspects.  On the one hand, Neptune’s inconjunct to his Mars indicates confusion and strife.  But Uranus is sextiling his Jupiter, so there are also lucky breaks, and perhaps there was a last-minute rescue, as some people have reported.  Juan Guaidó’s chart is not looking particularly good right now, with Saturn and the south node opposing his Mars.  This looks more like jail than victory.   I think it’s true that the military is very divided, and they are the ones who have most of the power at this moment.

So I don’t have much good news about Venezuela, and I’m just praying that people are able to stay safe, and to survive.  This is a time of change, but I’m not sure that Guaidó will be able to lead this charge into the future.  His chart has the look of a hero, with a lot of fire, and a Jupiter/Uranus conjunction in Sagittarius.  But, in real life, I don’t put a lot of faith in heroes.

In so many parts of the world, things are breaking apart.  It seems every country is fiercely divided between an authoritarian power bloc (which for some reason calls itself populist) and a more progressive movement.  The middle ground has vanished.  Brexit is a case in point, a sledgehammer poised to demolish the status quo, with people scrambling to figure out how to contain the damage.

I see this in my own life, as several well-established lesbian organizations are splintering.  Suddenly women are sharply divided about what the word “lesbian” means, and old friendships are turning hostile over this.  No matter how distraught people are, nothing stops this movement toward dissolution.  It has to play itself out.

Here in the US, the old boy’s club that’s upheld Trump’s presidency is also breaking up.  I’ve been looking for the aspects that show the Fall of Trump since he was elected, and now I’m finally seeing them – not in the next month, but in the next eight months.  These are slow aspects.  I assume this has to do with all the investigations, but it could also be about his health, or some combination of the two.
All of us humans are dealing with an intense karmic aspect right now, as Saturn conjuncts the lunar south node and moves towards the conjunction of Pluto.  It won’t be till January 2020 that Saturn joins Pluto, but we’re seeing the first cracks these days.  I expect this Saturn/Pluto conjunction to be a significant meeting, a crossroads time for many of these old, strained institutions.

Saturn turns us around, so that we see and understand the results of our past actions, and that’s why they call it the Great Teacher.  How much do we have to learn?  What are the consequences that we need to own?  What parts of our history will explain us to ourselves? When we turn around and look honestly at the past, we see into the blind spots we never knew we had.

The end of the Trump regime won’t fix anything, but it will release a lot of tense energy, energy that’s been bound up in containing him, justifying him, lying about him, or attacking him.  (I do admire Nancy Pelosi’s cool head as she’s dealt with the toxic mess in the executive branch.)

And then afterwards, we’ll have to look our own extinction in the eye, and see if we can head it off.  Perhaps at last we’ll be ready to deal with some basic survival issues.  In 2023, Pluto enters Aquarius, and this seems to me to give the best chance for us to come together and devise new ways to live as a world, scarred but united.

Until then, let’s all try to stay out of the way as the rubble falls. 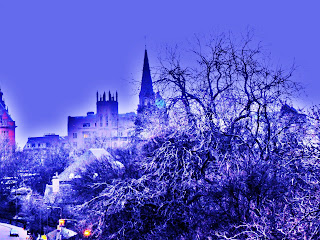 Posted by Jenny Yates at 3:13 PM No comments: