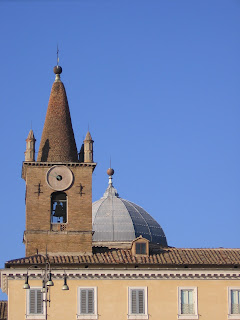 It’s the last day of the year 2021, and I’m looking out the window on a grey, rainy day. My wife and I have been celebrating the holidays here with our usual eclectic traditions, accompanied by her brother, our nephew, and a good friend. We’ve feasted, we’ve laughed and made really bad puns, we’ve hung out and talked to each other, we’ve argued about the end of the world, and we’ve sung a wide assortment of Venezuelan and Unitedstatesian Christmas carols, harmonizing along with loved ones in different cities, as they peer out of little zoom windows.

We had theatre tickets, but the play was cancelled due to Covid. I feel hermetically sealed, but my brother-in-law regularly dons his mask and braves the outside world, buying brackets and bulbs and all sorts of useful little doowatchits. Whenever he visits us, he fixes things, and this year it seems to be mostly about adding more light to our world.  It’s very welcome.

January is a practical month, a good month for repairing, structuring, formalizing, organizing. I know that that covers a great many of our New Year’s resolutions!  There are four planets in Capricorn when the month begins, and four again when it ends, so we can all access the pragmatic, systematic, self-controlled energy of this sign.  Can I say that this would be a good month to Build Back Better?  My sense is that the bill will be taken apart, and some parts of it will be passed. It’s not the optimum, but we take what we can. All these Capricorn planets indicate slow but durable progress, and I’ll go with that.

In 2021, much of the conflict came from the radical right, as they struggled to recapture and solidify an outmoded power structure. Of course, this will still be going on in 2022, since power is never given up easily. But I believe that there will be a loss of foot-soldiers on the conservative side.  People battling a deadly virus, or watching their loved ones fall, don’t really have a lot of time for rallies. And the right wing is weakened by Trump’s continuous whining and obsessions, and his in-fighting with other conservatives.

At the same time, people need community, and the Trump cult has given them that, strange as it seems to those of us who find community in other ways. Cults exist because people want a sense of belonging. This isn’t going to go away anytime soon, not in our current robotically capitalist system. As long as we treat people like dispensable cogs in a wheel, they will find ways to rebel, and they’ll look for comrades. The choice of enemy at that point is almost random. Racism has a long tradition in the US, so it’s the time-tested way to designate scapegoats. It makes people feel secure when they hate the same people their parents and grandparents hated.  And so Trump hung his hat on the White Man peg, as so many others have done before him.

But as the demographic changes in the US, and as new ideas germinate, this stance seems not just cruel but calcified. Saturn now in Aquarius encourages people to wake up and think, rather than reacting automatically.  And in 2022, there are fewer indications of struggle than in 2021. This doesn’t mean everything will be peaceful, especially since the Saturn/Uranus square will be strong again in the fall. But some battle-weariness could fall over everyone, especially those on the right who are trying so hard to go backwards.

One thing that’s changed in 2022 is that Jupiter has entered a new sign, Pisces, although it will only be here through the first half of May.  Still, Jupiter is much gentler and more aware in Pisces. It’s a sign of imagination, fantasy, compassion, and emotional sensitivity. In January, these Piscean tendencies are not as noticeable, with the more realistic Capricorn influence predominating.  We’ll notice it most in March, when the sun and Mercury join Jupiter.

Pisces is a very spiritual sign, so I expect that more people will be meditating, praying, looking for signs and portents, and going in for bouts of religious fervor. There’s a strong overlap between religion and the capacity for fantasy, so it may be that new gods and goddesses will be created. Probably some of them will be ordinary human beings. One of the dangers of Jupiter in Pisces is that the public are more easily manipulated, because of the longing to believe, to trust, and to belong. Some folks could make use of these natural human longings, raising them to a fever pitch. We will all need to share and spread a kinder understanding of cosmic unity, involving mutual care and acceptance.

The best thing about Jupiter in Pisces is that there’s a great deal of creative energy here. Jupiter here enlarges our capacity to dream, to send our thoughts out into a realm in which all things are possible. When we return from this place, we can bring home wonderful images, feelings, and inspirations. Yes, there will probably be more outlandish conspiracy theories. But there will also be openings, new ways of perceiving our fellow human beings as well as the other creatures on this planet.  This can be what unites us, what brings us together, on a very deep level.  On this level, there is peace. 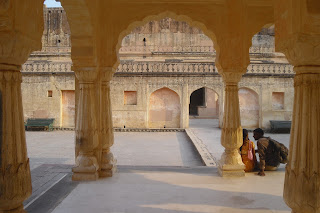