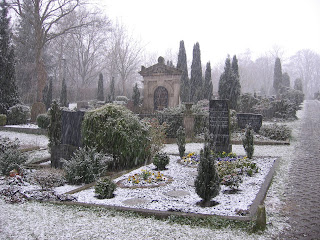 So here it is the last month of 2022. Now that the trees have shed almost all their leaves, my wife and I can look down on the Christmas tree and skating rink in the town square. It takes me back to the images in Christmas storybooks from my childhood. I’m not actually a Christian, and I grew up in a country without snow, or even winter, so it all feels a little make-believe to me, but I’m willing to go along with it.

I’m not seeing much forward progress in December, since Mars is still retrograde this month, and Mercury slows down mid-month. I’m okay with a more stately pace, although I would prefer that I retain my current pace while the rest of the world slows down, rather than the reverse happening.

The fiercest thing happening in December is the full moon on December 7, which has Mars exactly in the middle of the action, opposing the sun and conjuncting the moon. It’s dynamic, exciting, but volatile, so be careful around that time, especially when driving or walking. Mars and the moon will be in Gemini, the sign that rules short trips of all kinds. Gemini also has to do with communication, so there could be quite a few sharp, divisive words spoken then. Mars rules weapons, sharp objects, and fire, so try to avoid brandishing those things about.

The next major celestial event will be the new moon on December 23, and that’s quieter. It’s quite festive, though, since the sun and moon will square Jupiter, newly in Aries. It could manifest in some large-scale financial problems, and we’ve already seen one form of currency crash in November. But for the folks on the street, it’s could just mean an added enthusiasm for spending money and throwing lavish parties.

After this, Mercury goes retrograde on December 29, just in time to tangle up any last-minute holiday plans. This is a good time to get all nostalgic, haul Dickens out of the bookcase, and gather your young ones on your knee. Whatever traditions you’ve got going, they’ll work just fine. With Venus, Mercury, and Pluto all together in Capricorn, we’ll all contemplate the passage of time, its gifts and its robberies, as we get ready for the new year.

And this is a year I’ve been looking forward to for a while, because Pluto is going into Aquarius!  All the outer planets hover around the edges of a sign before making a final commitment and going in, so Pluto will be back in Capricorn for a few months in the fall. But most of the year – and then the twenty years after that - the planet of transformation will be in a new sign.

And what a sign!  How many signs have had songs written about them? Are there others? (I am really wondering that, but I’m not going to go look it up now.) Anyway, Aquarius is the most famous, for sure. Harmony and understanding! Peace will guide the planets! Love will steer the stars! The mind’s true liberation!  Hot shit!

Of course, it may not be all that. Pluto going into Aquarius is not the same as the Age of Aquarius, whose entrance date is steeped in astrological controversy, with some folks saying it’s already happened and others saying it will be another few hundred years.  But Pluto doesn’t go into a new sign every day, and in fact, it’s been some 250 years since it was last in Aquarius. The last time it went through this sign, the Bastille was stormed, the Constitution written, and Simón Bolívar was born. The time before that, Henry VIII was violently splitting from the Catholic Church, and Queen Elizabeth I was born.

So this could be a revolutionary time, and this doesn’t sound like peace guiding the planets. But generally when there’s a revolution, it’s because things are not working that well for some large group of people. They want liberty. They want to get out from under the oppressor’s thumb. And how many people in the world right now are dealing with some form of oppression? How many would benefit from generous helpings of freedom, truth, justice, and hope?

The first people that come to my mind are the climate refugees, and there will be more and more of them. Aquarius is an idealistic sign, so will we become more and more aware of our catastrophic effect on our own habitat? It’s already happening, but is it happening fast enough? Aquarius is also a sign of technological advances, so I’m hoping we will combine new technologies with fairer social structures, and stave off collapse.

The main thing I’ve been hoping for, with Pluto in Aquarius, is a diminution of all the conspiracy theories, personality cults and true believers. It looks to be a more scientific age. Of course, it could go too far in that direction, and we could all be replaced by robots in the next twenty years. (I believe Elon Musk is already working on that, implanting chips in people.)

I guess we’ll just have to wait and see how brave this new world is.  But it won’t be long now!  Happy holidays!